Learn More About Us

Below you will learn more about our instructors, our locations and our schedules.

Everyday Is An Opportunity

Kama Jiu-Jitsu is the ONLY Gracie Jiu-Jitsu school in all of Orange County, CA, Dallas/Fort Worth, and Austin TX areas teaching Master Rickson Gracie’s Invisible Jiu-Jitsu to its members.

Kama Jiu-Jitsu’s mission is to share Master Rickson Gracie’s “Invisible Jiu-Jitsu” to all who wish to learn the self-defense system from the traditional Gracie Jiu-Jitsu of the Gracie Family’s “Master of Masters.”

Learn more about the programs we have to offer

Below you will find a brief bio of our instructors.

When the Gracie Academy was opened by Rorion Gracie, the original teachers split up. Rorion and Royce ran the Gracie Academy. Rigan and Carlos Machado opened RCJ Machado, Royler returned to Brazil, and Rickson opened his original Pico Blvd studio in West L.A. Dave is one of the very few people to have trained under Master Rickson and have all his belts awarded to him by Rickson, blue belt through black belt. Dave Kama also #2 of the “Dirty Dozen”, a moniker given to the first 12 non-Brazilians to earn the coveted black belt.

Dave received the coveted Black Belt ranking from the “Master of Masters,” Rickson Gracie in 1995. Dave Kama grew to become Master Rickson’s best student (American or Brazilian), dispatching many challengers in place of Rickson himself. Dave also became Rickson’s most trusted understudy and took part in multiple Gracie Challenge matches. Master Rickson also trusts him and his mastery of Master Rickson’s Jiu-Jitsu so much, he still brings Dave along with him on his travels to help with his seminars, which regularly sport attendance numbers greater than 100 attendees.

Professor Fernando Costa was born in Rio de Janeiro in 1963. He has been training as a dedicated student under the Gracie system since 1991. He received his black belt in 2008, and now is a 4th degree black belt under David Kama / Rickson Gracie Jiu Jitsu. He has been teaching and training at the Kama Jiu-Jitsu Laguna Niguel (previously Rickson Gracie Laguna Niguel) for over 22 years.

Excellent Jiu-Jitsu seems to run in Professor Fernando’s blood. He also has two brothers who are black belts. One received his black belt from Rickson Gracie, and the other earned it under Professors Jacare Cavalcanti, Head of Alliance Jiu-Jitsu.

Some of Fernando's Accomplishments: 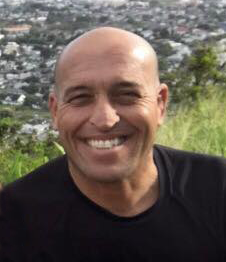 Professor Ryan began his journey under Master Rickson’s older brother, Grand Master Relson Gracie in 1989. Upon moving to California in 1992, he began training at The Gracie Academy in Torrance, where he met Dave Kama.

They immediately became friends due to their common Hawaiian heritage. Ryan made the transition to Master Rickson’s academy shortly after he opened his own academy in West L.A. in 1992.

During this time, he spent a significant amount of time learning the competition game until he retired from active competition in 1996. In the mid-2000s, he also studied Judo under Japanese Judo legend Nori Bunasawa (8th Dan Kodokan), until he was sidelined by injury.

In 2009 he was reunited with and settled in to his ultimate jiu-jitsu home at Professor Dave’s academy where he became an instructor and learned to teach what is called “The Dave Kama Way.” Ryan became “Professor” Ryan in May 2012, when he earned his professor bars on his black belt from Professor Dave Kama.

Oklahoma born and raised, Prof Zack makes his living as a Division I NCAA Football Sports and Conditioning Coach. Given the stresses as a young college football coach, Zack took up Gracie Jiu-Jitsu as a hobby while coaching at UNC Chapel Hill where he earned his blue belt.

Wanting to be closer to family in Oklahoma, Zack took a promotion to head up the the football as well as the entire university’s Sports and Conditioning Program at UNT in Denton. It was here, that he joined the Kama Jiu-Jitsu team in 2016. Zack quickly fit in and continued his growth as a student. He also offered up his coaching/teaching skills to KJJ and entered our Instructor Training Program (ITP) after mastering our White to Blue Belt Curriculum to begin his teaching journey. In March of 2021, “Instructor” Zack became “Professor” Zack when he earned his Kama Jiu-Jitsu Black Belt - KJJ’s first black belt awarded since 2012!

Professor Zack continues to offer his decades of experience teaching and coaching at the highest levels of sports to current Kama Jiu-Jitsu students both in our group classes as well as in select 1-on-1 sessions. 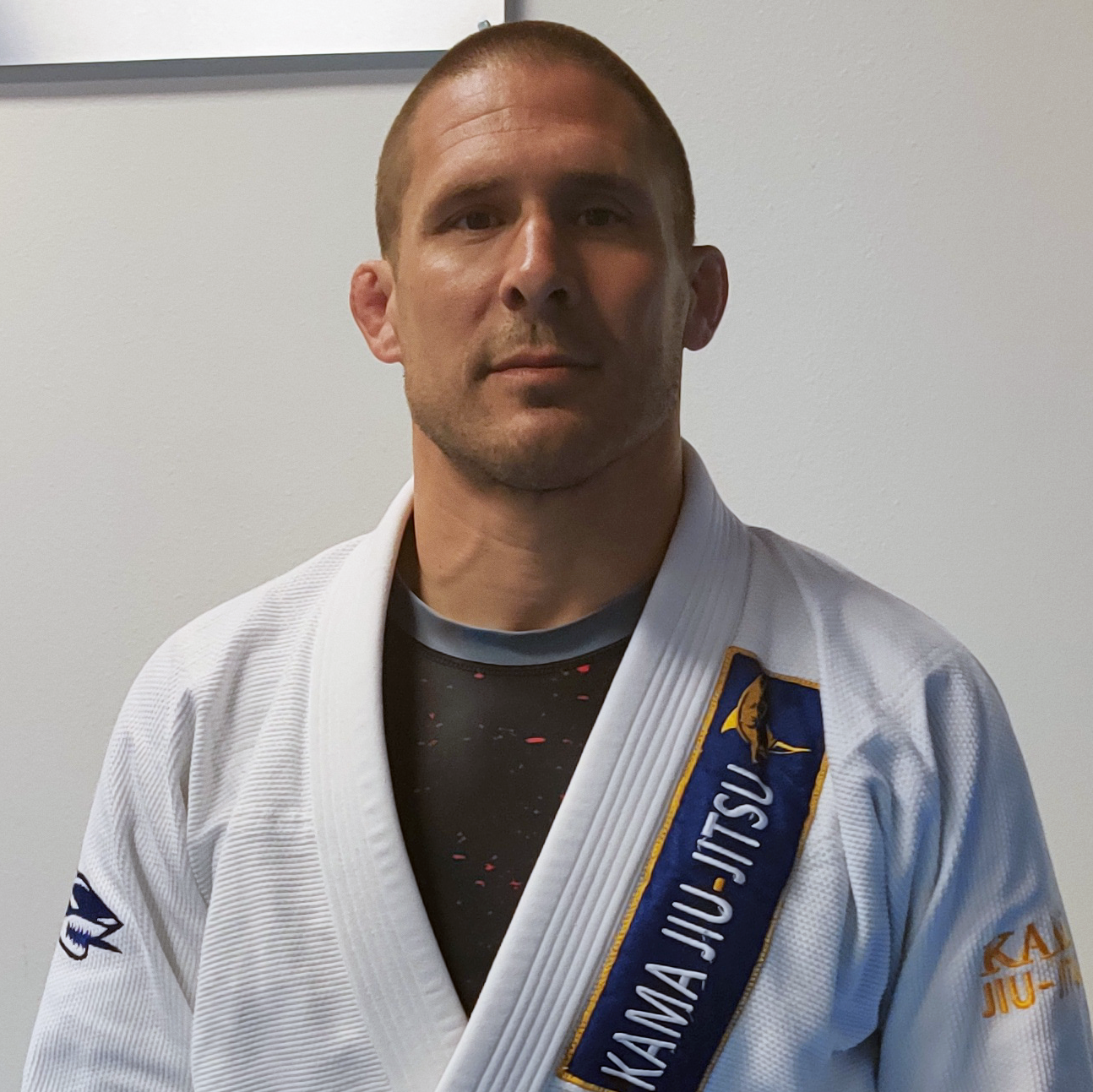 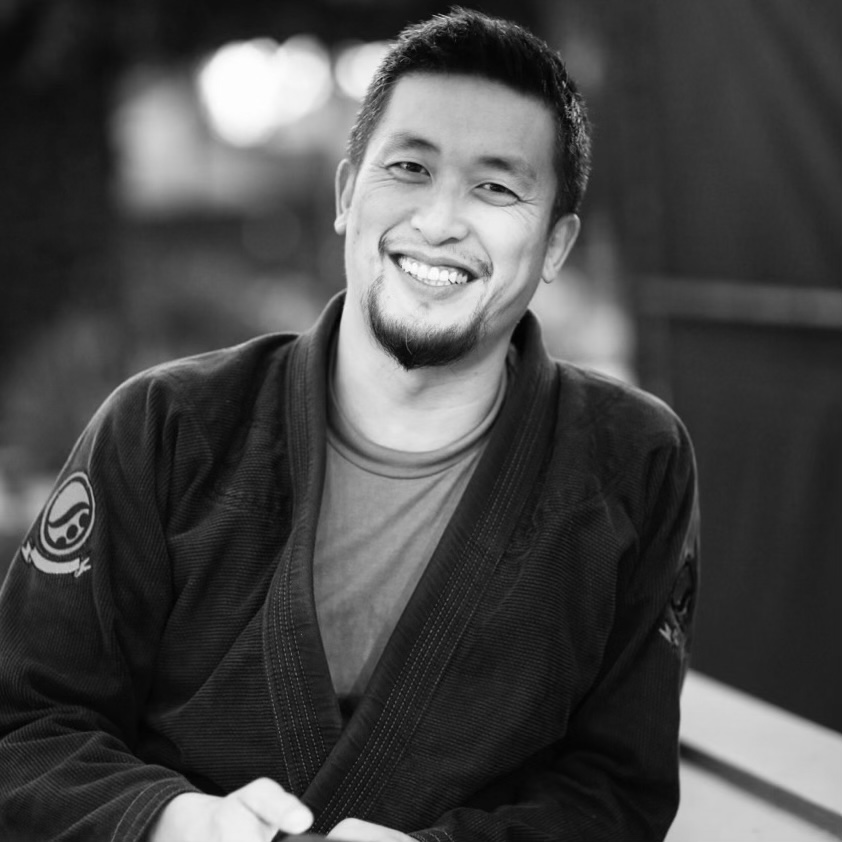 Decided to take a short trip to the US with friends to watch UFC 3 in September 1994, and became interested on learning this new martial art.  Saw Rickson walking down the street in Tokyo 1995 while he was there participating in Valet Tudo and saw him live.  Rickson was huge in Japan by that point and so decided to move to the US at the end of 1995 for further study and to train in Rickson Gracie jiu jitsu.

Early internet-time, I somehow managed to find Rickson's infamous West LA gym and become his student in early 1996.  Awarded blue belt in Jan 1999 by Rickson after a 3 hr belt testing.

Move backed to Japan in 2000 due to family reasons, and also busy working, so there would be no jiu jitsu until coming back to the US.  One day, met Dan Inosanto and got to talking about jiu jitsu; was inspired to go back to it, and after searching for an authentic Rickson Gracie jiu jitsu in Orange County, found Kama jiu jitsu in 2014. Been with the KJJ family ever since.

A construction contractor and avid fisherman, Mike began his training in Jiu-Jitsu at age 37 in August ‘09 at Prof Trevor Burnell’s Progressive Jiu-Jitsu in Vancouver, WA to better connect with his 10yr old son Caleb. Mike earned all of his belts under the tutelage of Prof Trevor Burnell (Carlos, Sr > Helio > Rickson > Romolo Barros).

Mike was awarded his black belt by Prof Trevor in July 2019. In January 2020, Mike moved to DFW, TX and joined us here at Kama Jiu-Jitsu’s Flower Mound campus. Shortly thereafter, Asst Professor Mike joined KJJ’s intensive Instructor Training Program. In February 2022, Mike earned his full “Professor” rank and is one of only 7 black belts to earn this distinction at Kama Jiu-Jitsu. 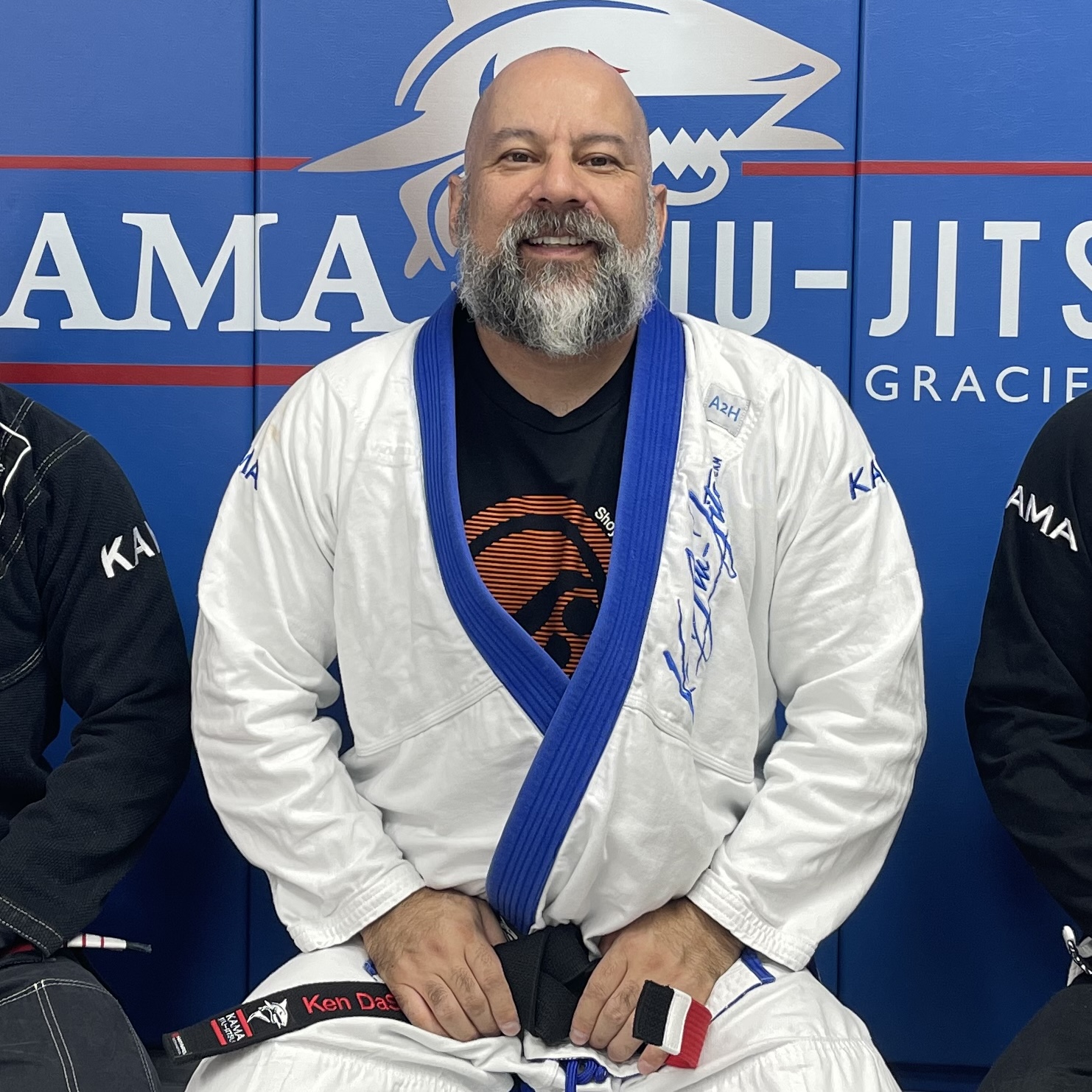 After moving to Texas in 2014, Ken took his 7-yr-old son to Kama Jiu-Jitsu to try a class. Ken was so impressed with what and how Prof Ryan Young taught, that he immediately signed his son up. Not wanting miss out on the fun his son was having, Ken joined Kama Jiu-Jitsu, as an overweight and out of shape 42-year-old.

Since 2019, Ken has been the primary instructor at KJJ’s Austin, TX campus.

In 2019 as a KJJ purple belt “Jr Instructor,” and with the full support and guidance of Master Dave Kama and Prof Ryan Young, Ken opened Kama Jiu-Jitsu’s Austin, TX campus. Teaching 6 days a week, Ken progressed through his brown belt and was awarded his black belt “Professor” rank in September of 2022 at the age of 50, just over 8 years after bringing his son in “to try a class”.

Learn Kama Jiu-Jitsu ONLINE With A